Why should the consumer prefer olive oil instead of other oils or fats?

The biological value of olive oil is by far, better than any other variety of oil or fat, whether it comes from the animal kingdom, like butter, or the vegetable kingdom like palm oil or soybean oil. Oleic acid and anti-oxidants like polyphenols, flavonoids, vitamin E, provitamin A, and monounsaturated fatty acids, are a series of oil compounds that aid in virtually all systems and functionings of the human body. Oil protects the body from the oxidation that comes with other processes and from the development of oxygen free radicals, which are responsible for grave illnesses such as cancer and heart problems. Because the production of oil from olives does not involve chemical processes, olive oil is a natural, healthy and savory product. Aside from all this, the consumer should prefer olive oil to other oils and fats for its incredible aromas and intense flavors.

Why should someone prefer Greek olive oil, which is pretty expensive in most markets, compared to other varieties of Mediterranean olive oil?

As 80% of Greek olive oil is extra virgin, the country’s product ranks above and beyond other varieties. Greek olive oil production is so superior, primarily because the olive cultivation is almost always by hand, not by machines, but also because the direct extraction of olive juice usually takes place in the traditional olive oil press. The unique climate of Greece perfects the basic characteristics of olive oil- color, aroma, and flavor. Moreover, the chemical characteristics of Greek olive oil- polyphenols, tocopherols- are proven to have excellent antioxidant activity. Fourteen Greek oils have been recognized by EU as Protected Appellation of Origin and ten Greek olive oils as Protected Geographic Indication.

What should the consumer take into account when buying olive oil?

As far as the standardized olive oil is concerned, the consumer should read carefully the characteristics on the label and focus on its classification. It is best to choose the classification according to its usage. In other words, use extra virgin olive oil when preparing a salad, but use other types of olive oil while cooking and frying.

Are there good or bad years in olive oil production? Is there any indication on the label?

Wine producers highlight the year of its production because, the older the wine gets, the better it tastes. But in the case of olive oil, the product should be consumed within 18 months in order for it to maintain its chemical characteristics. After 18 months, the chemical composition of olive oil begins to break down. Although there are naturally years that the production is better and will last longer, producers rarely indicate this on the label as they aim to create a standard quality for their oil. In indicating the high quality of one particular yield, you imply the low quality of earlier yields.

Most labels refer to “acidity around 0.8%”. Isn’t acidity an accurate rate?

As 0.8% is the highest level of acidity that is legally allowed, most producers will include it on the label to underscore that their product meets standards of quality. It’s a very bad sign if the label does not mention acidity content at or below 0.8%. The phrase “around” is usually included because, as with every natural and fresh product, the content composition will vary over time. The average bottle of pure olive oil begins its life with an acidity level of 0.4% and ends up, after 18 months (the expected lifespan of olive oil), with an acidity of 0.7% or 0.8%.

What is the most appropriate way to store olive oil?

Pure olive oil needs to stay in a dry, cool and dark place and should be consumed within 18 months of its production. As a general rule, olive oil should be consumed fresh, as it is the product of fresh olives. As it was said in ancient Greece- “the great difference between wine and olive oil is that, the older a wine gets the better it becomes, while olive oil, as time goes by, loses its taste.”

Why are certain olive oils much greener than others?

Oil made of green olives is the first olive oil of the year, usually collected around the 15th of October. It is made from fresh healthy green olives that are not infected and haven’t fallen on the ground. With a smaller lifetime than pure olive oil- around nine months- such oil is often used in salads, dips, and raw vegetables. It has a strong and bitter taste

It is commonly believed that Italy sells imported Greek olive oil for Italian. How can this happen when there is a label on the bottle? Does this mean we question the reliability of the label?

Both Greek and Italian olive oil is European olive oil and both countries are members of the EU, so it is highly likely that this happens quite often. But yes, every bottle of olive oil will have a special code approval for every standardized enterprise. In other words, the Italian product will still specify, via this code, that the oil came from Greece. Although making such a designation is mandatory, it does not prevent one country from selling another country’s product as its own.

What has been the progress of Greek olive oil in national and international markets?

Over the last ten years, the Greek olive oil industry has made leaps and bounds of progress towards modernization, sophistication, and standardization. Even small enterprises have started adopting principles of HACCP, setting ISO systems, and investing money in advertising their products and enhancing their packing.

Is it true that consuming Greek olive oil might be the key to longer life?

Greeks consume more olive oil than any other country (about 26 liters per person annually), and their Mediterranean diet has been linked to lower cancer rates, risks of heart disease, and occurrence of Parkinson’s and Alzheimer’s diseases. Recently, the New York Times Magazine wrote that heart-healthy olive oil was a potential reason that inhabitants of the Greek Island of Ikaria just “forget to die.”

dietGreecemediterraneanolive oil
Related Posts
About us
Bakaliko Crete is a deli (grocery and eatery) that brings you fine foods and wines from Crete and the rest of Greece. It is a place where all dishes are made from the quality products that you can buy from the store. You taste our creations, buy our products and try them yourself at home. Taste, buy and try!
Google+
What Our Clients say
Many thanks to the owners of Bakaliko Crete, Agnes and Suzanna, for the superb Christmas lunch yesterday afternoon. Everything was perfect.
Francesca Sweeney-Androulaki
I cannot say enough wonderful things about this lovely little shop/cafe. Fabulous creative foods, warm genuine hospitality and if you need help in an emergency they step right up. Thank you Bakaliko for making our time in Archanes so special.
Abbe Ehlers
Really enjoyed the very different meal we had at this Archanes restaurant. Oh don't get me wrong- it's still Cretan, with a modern twist. Dedicated wine-loving owners and excellent cuisine made for a special night out in this special part of Crete.
Ian Freeman (UK)
© 2018 - All Rights Reserved. Developed and Hosted by PhatWeb 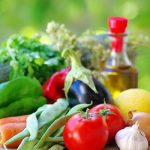 What is the Mediterranean diet?