Carob (or ksylokerato in Greek, which derives from the Ancient Greek word kerátiοn (literally “small horn”), is the fruit of the carob tree (Ceratonia siliqua), an evergreen native tree that flourishes in countries surrounding the Mediterranean Sea and throughout Middle East. Carob pods look like bean pods and, when ripe, they are dried changing, thus, their color to a tone of dark brown that resembles chocolate. For centuries, it has been one of the most important food sweeteners.

Known from a much earlier time, carob pods hold a special place in the Greek diet, not only for their nutritional importance, but also for their medicinal properties.

The pectin and lignin in carob do not only regulate digestion, but also have the ability to neutralize and carry harmful elements (even radioactive particles) safely out of the body.

As a fascinating fact- for 1,500 years now, carob seeds, regardless of their size, have a constant weight at 0.2 grams, and thus have been used by jewelry vendors and pharmacists as the smallest measuring units.

So, from the word kirat, which means seed in Arabic, comes the widely known term “carat”, the unit by which the weight of precious or semi-precious gemstones are  measured.

Carob trees have been growing in the Mediterranean soil for over 2,000 years, providing food to Ancient Greeks, Romans, Ottomans and Arabs. All these civilizations were allergic to gluten and could not consume wheat products.

Theophrastus recorded in 4BC that his fellow Greeks called carob ‘the Egyptian fig’. Both carob pods and seeds that have been found in Egyptian tombs prove that Ancient Egyptians used carob much earlier.

According to religious traditions, St. John the Baptist supposedly survived on carob, which is why it is called “St John’s bread” in many European languages. During the German Occupation, since carob was both cheap and nutritious, played a vital role in saving people from hunger. The same happened during the Spanish Civil War. Carob flour as well as carob honey were then considered as the “manna” of the time.

Carob is an incredibly rich food source and is perhaps the ideal “survival food” since it can be eaten with no preparations. Carob is particularly beneficial for our health, as it contains magnesium, iron, phosphorus, potassium, silicon, as well as vitamins Α, Β1, Β2 and D. Carob is almost 4% protein and 76% carbohydrates. It is rich in calcium, containing 350 mg per 100 grams. By comparison, milk contains only 120 to 130 mg of calcium per 100 grams, an amount not well absorbed in the case of pasteurized cow’s milk. In addition, carob contains no oxalic acid, which tends to interfere with the body’s ability to assimilate calcium. Although carob is very sweet, it contains 60% less calories than chocolate. Having a high fiber content, it promotes healthy intestinal function and soothes the stomach and the pectin and lignin in carob not only regulate digestion, but also have the ability to neutralize and carry harmful elements (even radioactive particles) safely out of the body.

Thanks to its high content of dietary fibers, polyphenols and tannins, carob has antioxidant properties and therefore helps in preventing cancer. For those on a diet, carob is ideal since it is very low in fat. Carob is also gluten free. This means that it can be consumed by those suffering from celiac disease (an abdominal disorder from which it is estimated that 12% of the general population suffers).

Carob is a healthy cocoa substitute, a natural sweetener and is caffeine free. Although it is rich in sugar, it is very low in calories and fats. For those who would like to decrease or eliminate caffeine from their diet, it can serve, in an absolutely healthy way, as a substitute for tea or coffee.

It contributes to treating asthma, soothes coughs and relieves colds, which is why it is used in the manufacture of many cough syrup bases and other pharmaceutical formulas.

And last, but certainly not least, according to the elders, carob assists in enhancing sexual vitality and increases sperm count.

It truly is an amazing natural product.

carobfood
Related Posts
About us
Bakaliko Crete is a deli (grocery and eatery) that brings you fine foods and wines from Crete and the rest of Greece. It is a place where all dishes are made from the quality products that you can buy from the store. You taste our creations, buy our products and try them yourself at home. Taste, buy and try!
Google+
What Our Clients say
Many thanks to the owners of Bakaliko Crete, Agnes and Suzanna, for the superb Christmas lunch yesterday afternoon. Everything was perfect.
Francesca Sweeney-Androulaki
I cannot say enough wonderful things about this lovely little shop/cafe. Fabulous creative foods, warm genuine hospitality and if you need help in an emergency they step right up. Thank you Bakaliko for making our time in Archanes so special.
Abbe Ehlers
Really enjoyed the very different meal we had at this Archanes restaurant. Oh don't get me wrong- it's still Cretan, with a modern twist. Dedicated wine-loving owners and excellent cuisine made for a special night out in this special part of Crete.
Ian Freeman (UK)
© 2018 - All Rights Reserved. Developed and Hosted by PhatWeb 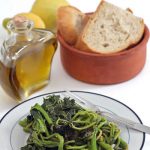 What is Cretan cuisine 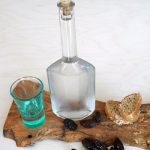