Distilled from the must, skins and stems left over after wine-making, raki (tsikoudia) is by far the most popular spirit in Crete.  It is a strong, clear, assertive brandy containing 35-40% alcohol and flavored with herbs close at hand such as thyme or citrus rinds. It is served as both an aperitif and digestif.  It is similar to the Italian grappa, the marc in France, the Spanich orujo, arak in the Middle East, zivania in Cyprus or the Turkish raki. Raki/Tsikoudia is protected by the EU as a unique spirit that can only be considered original when it comes from Crete.

Agood tsikoudia should be smooth with no burning aftertaste. Up until now it has not been widely available commercially since most people produce it for their own      consumption,   but these days, more and more branded versions of raki can be found on the shelves. It is traditionally served to guests at the end of their meal in a small, well-chilled carafe as a “treat on-the-house”, often accompanied by fresh fruit, house desserts or spoon sweets (those delectable preserved fruits and vegetables).

Variations of tsikoudia can be found in different parts of Crete. For example, if it is distilled from mulberries it is known as Mournoraki, or Rakomelo is produced from the hot mix of tsikoudia with honey and cinnamon, cardamom and other   local herbs. Nowadays, liqueurs are being produced with raki as the base and a host of flavors (herbs, flowers and fruits) added.

Some safety tips for first-time imbibers:

CretanfoodGreeceraki
Related Posts
About us
Bakaliko Crete is a deli (grocery and eatery) that brings you fine foods and wines from Crete and the rest of Greece. It is a place where all dishes are made from the quality products that you can buy from the store. You taste our creations, buy our products and try them yourself at home. Taste, buy and try!
Google+
What Our Clients say
Many thanks to the owners of Bakaliko Crete, Agnes and Suzanna, for the superb Christmas lunch yesterday afternoon. Everything was perfect.
Francesca Sweeney-Androulaki
I cannot say enough wonderful things about this lovely little shop/cafe. Fabulous creative foods, warm genuine hospitality and if you need help in an emergency they step right up. Thank you Bakaliko for making our time in Archanes so special.
Abbe Ehlers
Really enjoyed the very different meal we had at this Archanes restaurant. Oh don't get me wrong- it's still Cretan, with a modern twist. Dedicated wine-loving owners and excellent cuisine made for a special night out in this special part of Crete.
Ian Freeman (UK)
© 2018 - All Rights Reserved. Developed and Hosted by PhatWeb 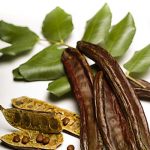